If you’ve ever had a beer in China or visited an authentic Chinese restaurant in a densely populated Chinese area in the United States, you’ve probably come across Tsingtao Beer. It is the number one beer brand in China and is currently the sixth largest brewer in the world.

Unlike most really big beer brands, it is a good-tasting, respectable beer. Tsingtao starts and finishes cleanly. I can’t think of anything negative to say about it. However, nowadays I do find the price a little higher than it should be. That probably has more to do with the politics of the moment.

In my experience, apart from being a popular drink in mainland China, Tsingtao beer is also an important part of Chinese hospitality and a helpful marketing tool for the country’s businesses. Almost every factory that I have ever visited in China would take me to lunch, dinner, or a bar and would call for a toast that would go around the table. The boss would call for Tsingtao, and everyone would be served a small glass. With each declaration of “cheers”, the beer had to be downed to the last drop, ending with the slamming of the glass on the table. As time passed, the slams became louder and harder. At parties of at least 8 or more, which was about the norm, you couldn’t help but experience (for me in my youth) a healthy buzz within the first half-hour or so. During evening dinners, it was common to see people being helped out of restaurants. You can only imagine the late nights at the bars, and the commonality of vomiting guests being held up by colleagues shortly after inhaling the first bit of fresh night air.

Tsingtao Beer is a premium pale lager beer, pronounced “Qingdao.” The beer is brewed in Qingdao, China, by the Tsingtao Brewery Co., Ltd. One of the first breweries in China, Germania-Brauerei Tsingtao Co., Ltd. was established in 1903 by German and British merchants, combining Chinese and Western influences. 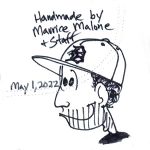